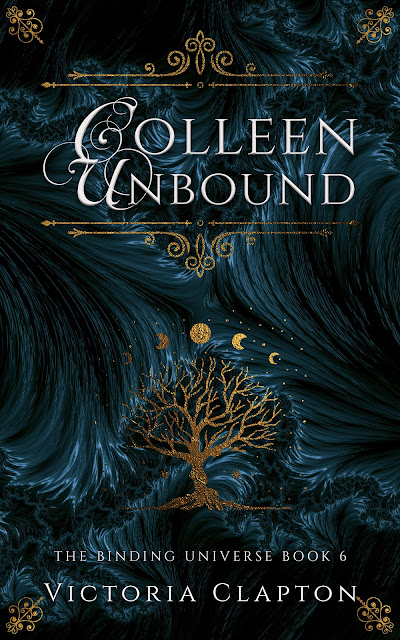 Pre-Order Colleen Unbound Here
It has taken some time, but Colleen Unbound, the final installment in The Binding Universe is now available for pre-order.
After the death of Queen Orlagh, the once Seelie Queen of faeries, and her evil henchman King Eldon, king of Zoanthia, trouble brews in the faery realm. While the Seelie and Unseelie courts struggle for peace under the new rule, a monstrous faery takes control of Zoanthia.Colleen O’Brien, High Priestess of the New Orleans witches, is fed up with faeries threatening her city. Her friends defeated the key players. Life should be back to normal. Yet, the good times haven’t started to roll. Instead, humans and fae are captured and killed all over the city as the vampires reestablish their government, and fearful witches punish innocents. Colleen must do what she can to establish peace for her friends, New Orleans, and the faeries in Elfrice.But must she do it with Niz, the rakish, insufferable nix that has been a thorn in her side for almost twenty years? 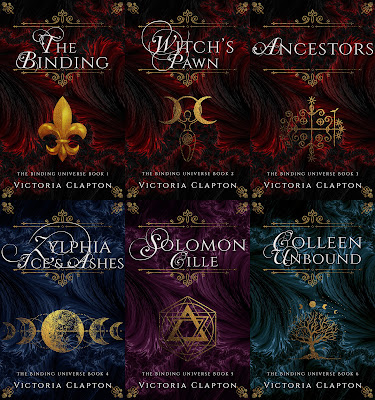 But that isn't all! All of the Binding Universe books are getting new covers, incredible formatting, and hardcore editing updates. As some of you know, I began writing these books many years ago, and I didn't have access to the resources that I have now. (Namely, the absolutely brilliant, Charity Chimni.)
The kindle versions of these books are already available, and the paperback and hardback versions will be up in the next week or so. So, please stay tuned. These new versions are stunning.
***Audiobooks - The first three audiobooks in the Binding Universe (The Binding, Witch's Pawn, Ancestors) will not be the updated versions of the stories. I am under contract and cannot update to the new stories until said contracts run out. However, the final three audiobooks in the The Binding Universe (Zylphia, Solomon Cille, Colleen) will all be the updated versions.
Stay tuned to my social media. I will be doing a giveaway or two in the upcoming weeks.
As always, thank you for reading my books.
Love, Light and Darkness
Posted by Victoria Clapton at 7:45 AM 2 comments: 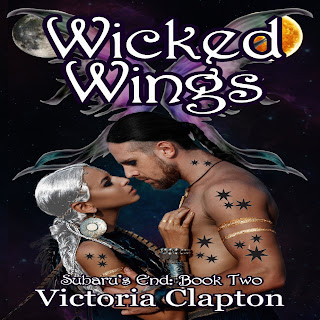 The arrival of the Full Buck Moon brings the release of Wicked Wings, Book 2 in Subaru's End. This trilogy was a dream for me to write. I'd always wanted to give dark fantasy a try, to write something a little darker and more fantastical than what I've written previously. For the benefit of the readers and also for my benefit, I decided to write the entire trilogy in totality before releasing any of the books and then releasing them in tandem, one month after the other.

Today, Wicked Wings is now available, and come August 22nd, the final book, Chthonic Crown, will also be here. I keep saying it, and I'll probably say it a hundred more times. I'm so thrilled and incredibly humbled that so many of you have given these books a try. Most of you found me from The Binding Universe, my New Orleans vampire series, and though, Subaru's End is in no way like those books, you stuck with me anyway. Thank you for that!

May this weekend bring you a little magic! 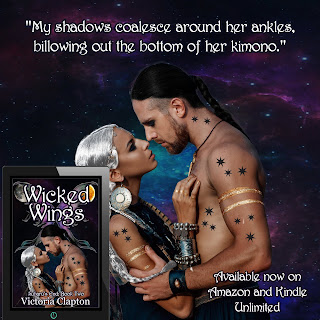 Imprisoned in Hikari, Cahya’s last-ditch effort to reason with Leor, the King of Light, fails, but her efforts aren’t in vain. Hidden in plain sight in the rotunda of Halcyon Palace is a secret—a magical secret, and Cahya must unlock the mystery so that she can return to Kage and the dark realm of Kurai and together, with Tariq and their allies, mend what has broken the celestial realm of Subaru.

Posted by Victoria Clapton at 8:05 AM 2 comments:

Alright all of you dark romance readers...Lana Sky has a new book, Blood Money, and it's intense. I had the chance to advance read this book, and what can I say. It's hot, emotional, soul twisting...everything one could want from a dark romance. Because she always surprises me, I've had to stop saying this is my favorite Lana Sky book, but I will say this...Blood Money stands out. It's so good that I've already read it twice now. 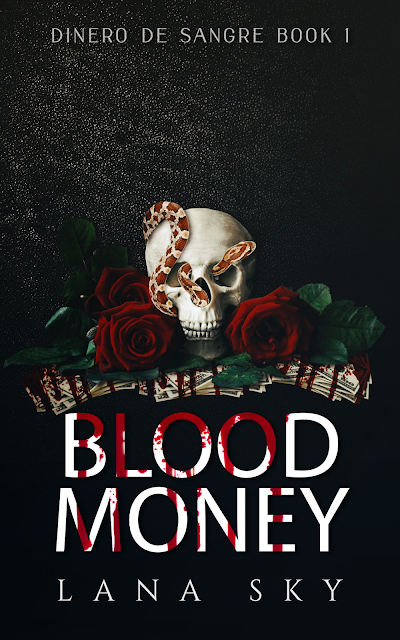 In this twisted dark cartel romance, revenge and hate collide with the past...

Ten years after a devastating betrayal, revenge has come back to bite Ada Pavalos.

Once her family’s trusted bodyguard, Domino Valenciaga is out for blood.

Posted by Victoria Clapton at 6:57 AM No comments:

Three long years of hard work a dark fantasy trilogy is born. It's been a long time in the making, but I'm excited to tell you that Lurid Lantern, book one in the Subaru's End trilogy, is available now. Subaru's End has been a passion piece of mine, the telling of a story I always wanted to read but couldn't find. It's different than anything I've previously written, and it comes with all manner of trigger warnings. So, it won't be for everyone, but for those of you that do give it a chance. I sure hope you love it. 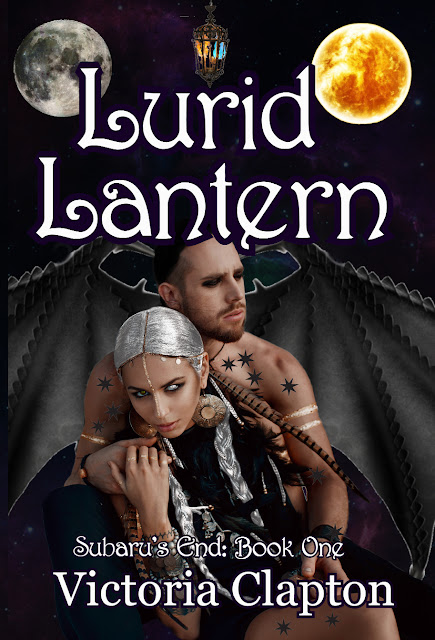 After discovering that all she fights for is a lie, a young commander joins her arch nemesis to defeat her king and save the three realms.
Cahya is a commander in the army of Refulgent. Her mission is to defend Hikari, the Light Realm and defeat the Soul Smite army of Kurai, the Dark Realm. Yet, Cahya has a secret, and her world unravels on a chance meeting with the King of Kurai where she discovers she may have helped fracture the realms.
Trigger Warnings: This trilogy is intended for an 18+ audience. It contains foul language, extreme gore, and explicit, often violent sex. If any of these bother you, this series is not for you.

Posted by Victoria Clapton at 8:08 AM No comments:

Lana Sky's Painted Sin Duet now has new covers, and personally, I think they are perfect! 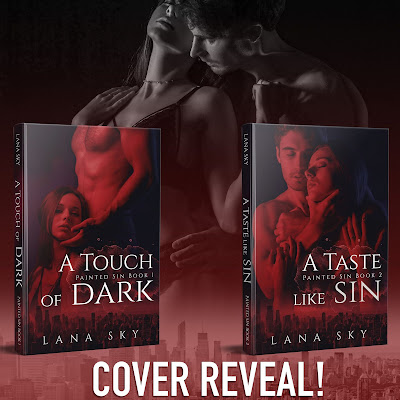 Book one: A Touch of Dark

When a cold, reclusive billionaire takes an interest in a tormented young heiress, she finds herself drawn to his intrigue.

Could the tension building between them be entirely due to lust or the trappings of a greater scheme?

One driven solely by revenge?

Is he a heartless monster?

The more Juliana is subjected to his charms, the deeper she falls under Damien’s spell. But the promise of protection and security may come at a higher price than she’s willing to pay.

Or, a reluctant player?

The reclusive billionaire has his own secrets, and his relationship with Juliana may threaten to send his precarious house of cards crashing down.

Will their bond survive the chaos?

Or, will they both be destroyed in the end?

Get Your Copies Here
Posted by Victoria Clapton at 7:10 AM 1 comment:

Stewards of the Sea - Out Now! 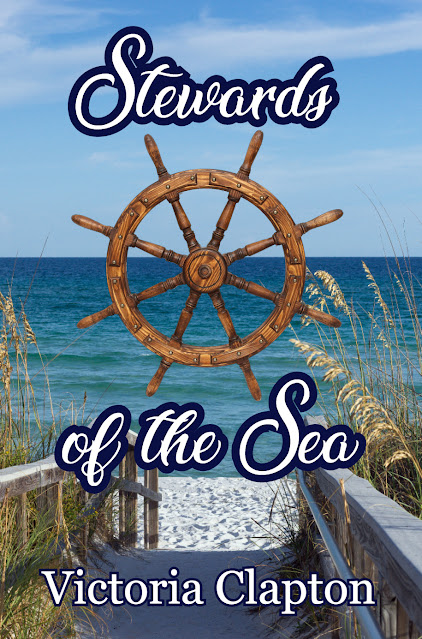 So, surprise, surprise! I've written a new book. As some of you might now, I am currently working on the last book in a dark fantasy trilogy, and I plan to release all three books back-to-back very soon. The series has been a kind of passion project for me over the last year and a half, and it's been rather daunting. Like many of you, this past year, or has it been years, has been trying to say the least, and at some point, I realized that I missed the beach something fierce.
So, I did something about it. I wrote a surprise book! Like most people, I couldn't really travel, but I could write a Contemporary Beach Romance and create a fun Spotify playlist to go along with the novel. (Listen to Playlist Here)
All proceeds for this book, whether you buy a paperback or a kindle copy, will be donated to the Share the Beach Turtle Conservation program in Gulf Shores, Alabama. 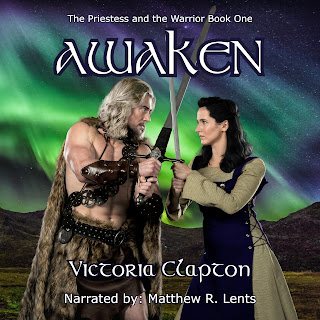 In other news: the audio for Awaken is now up on Audible. The narrator, Matthew R. Lents, is extremely talented. Indeed, I'm lucky to have him narrating several of my books. You all will enjoy listening to him, as well. As it stands, I still have a few US and UK promo codes. If you'd like one, please message me.

Posted by Victoria Clapton at 8:36 AM 2 comments:

Book 4 in the Casquette Girls series is coming, and we finally get a sneak peak at the cover! 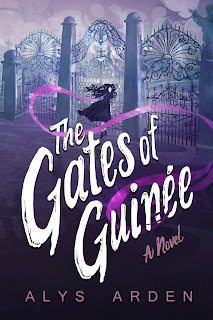 As the Ghost Drinkers seep into the crevices of the Crescent City, leeching the French Quarter of magic, the local witches are consumed with a new fight for survival. Adele has one chance to save everyone she loves, but it will mean breaking away from her coven and trusting a vampire.

For the first time in four hundred years, Niccolò Medici feels on the precipice of finding his stolen grimoire. But in order to restore his family’s legacy, he’ll have to succumb to his darkest desires.

New York transplant and first responder Isaac Thompson will stop at nothing to protect Adele, even if he has to give in to his Spektral magic to unearth the truth about Nicco’s monstrous past.

For those who choose to pass through the Gates of Guinée, the rules of the Afterworld are simple: Don’t eat the food. Tell no lies.

In a whirl of lucid dreams, fetish markets, and ancestral reunions, only those who bare their souls will survive this ghostly hunt, or else they’ll join the land of the dead permanently.

Teetering on the razor’s edge between everything she desires and utter madness, only her heart and her magic can lead Adele back home... if only Callisto Salazar hadn’t stolen her Fire, and the most secretive one of them all hadn’t stolen her heart.

Posted by Victoria Clapton at 6:29 AM No comments: 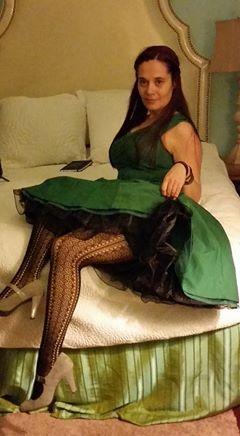